The Biopulsar-Reflexograph® system is a biofeedback tool that gives scientific information and objective interpretations for the full and it's body electromagnetic field and seven major energy centres. The Biopulsar technology incorporates several proven sciences such as biofeedback, neuroscience, reflexology, kinesiology, palmistry and body and colour languages to name a few, making it the most advanced bioenergetics technology in the world!

Accessing the "real-time" energetic information in a few different formats allows us to instantly analyze the patient on a holistic level–not just physically but mentally, emotionally and spiritually as well. Formats illustrated on screen include organ graphs, colour organ analysis of the reflex zones, full body AURA biofield pictures and 7 chakra analysis.

The hand sensor is a receiver for high resolution biomedical signals, which are taken every 500 milliseconds from the reflex zones of the palm. Once the hand is placed on the sensor board, the specific biofeedback parameters are measured on each reflex zone in real time with raster scan. This technology allows us to see the energy vitality of your organs and offers great insight to your health. 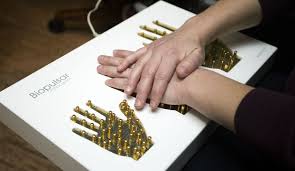 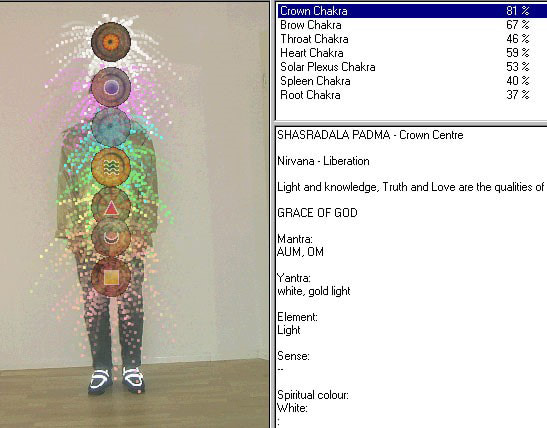 They coordinate the interaction of energies, which are formed by the consciousness. This is a complex and complicated management of frequencies. The chakras have a similar function like an electric power station. They are transformers, which process all energies coming from the spiritual realm and transform them down to the lower astral bodies.

The chakras consist of pure light energies, which radiate permanently energies onto the different auric bodies. Due to the forces of the Kundalini power a chakra is permanently spinning and in action.
​
If the spinning flow of a chakra is blocked it shows in a blockage of the aura. The person is then suffering, sick and has many psychological problems.

Each chakra has a certain function and is constructed according to its duty.

The lower chakras, like the root- or the sexual-chakra are constructed in their function more simple and they possess less energy spokes. The higher chakras have manifold and more complicated duties to fulfil and therefore they own more spokes. The duty of a chakra is:
A blockage is expressed in many pains in the physical as well as psychological body.
Each chakra is also the domicile for certain elements, the physical and the spiritual body are made of.
As to Ayurveda and Chinese medical philosophy a disharmony of elements also shows itself in the meridian flow and the reflex zones.

Together we discuss which chakras are in need of support according to your scan and guide you through a plan to balance your energy tenters to achieve optimal health and wellness.